With its academy, and its activities and projects in education and culture, Bild-Werk Frauenau works for the transfer and further development of knowledge and ability, for artistic-craft exchanges and human encounters in the eastern Bavarian border region. Bild-Werk Frauenau is an essential asset of the international networking of the regional glass and cultural scene, as well as assisting sustainable tourism. Beyond the Summer Academy, this commitment and involvement of artists, organizers and workshops of Bild-Werk Frauenau can be seen in the artistic design of the new Glass Museum Frauenau and the Glass Gardens in Frauenau, as well as in the lead organization of three international glass symposia in Frauenau.

Since Bild-werks inception exchange with Czech neighbours and glass regions has been a priority. Every year since 1988, Czech course instructors teach in the International Summer Academy. Beginning in 1990 with co-operative relations with the Železný Brod Glass School, Bild-Werk has worked closely with Czech glass schools, colleges and other educational institutions for glass, design and art.

Since 1990, Bild-Werk Frauenau has been involved in cross-border cultural events and workshops for cultural and artistic cooperation in the Bavarian and Bohemian Forest region, as well as for historical work and reconciliation work. Music knows no bounds on the event stage of our cooperation partner Gasthaus Gistl. In 2004, Bild-Werk Frauenau was awarded the "Prize of Good Neighborhood and Understanding" of the Greens in the Bavarian and Bohemian Forest. 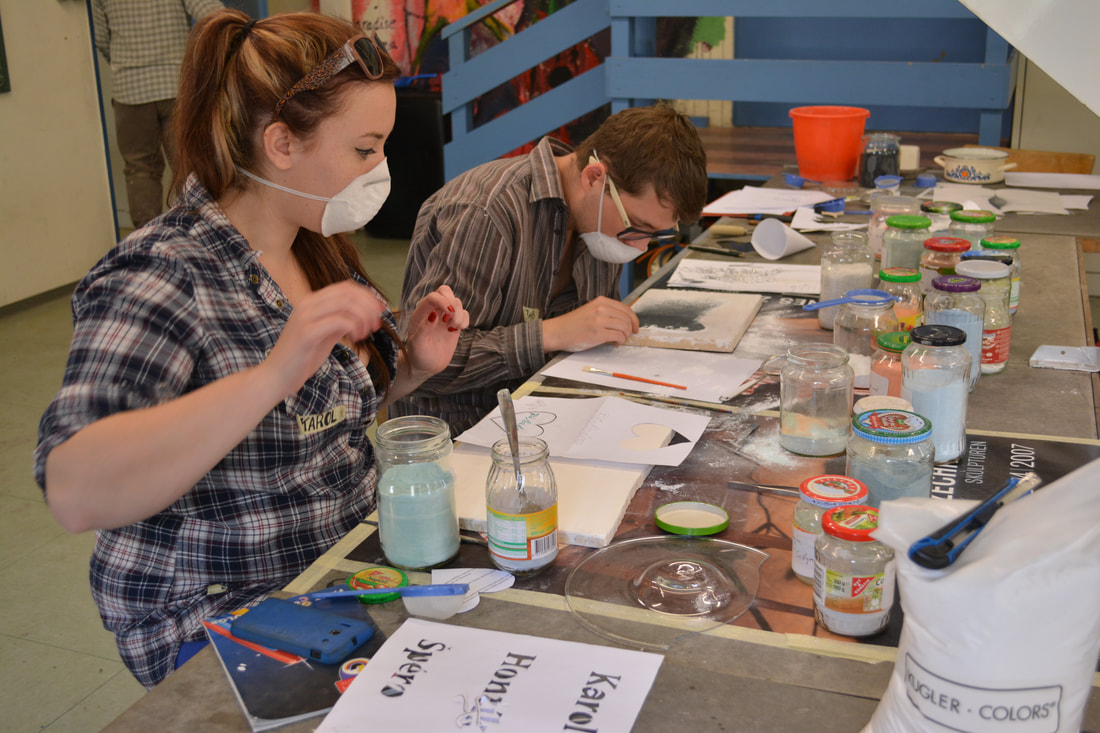 The Bavarian-Czech co-operation, and the concern of regional development in an international context, is reflected in numerous projects sponsored by Bild-Werk Frauenau (selection):