18.9.1987
Foundation of the Bild-Werk Frauenau e.V. as a non-profit educational institution

17.7. - 4.8. and 7. - 19.8.1989
The second international Frauenau Summer Academy offers a two- and a three-week course block with courses in free and academic painting, stained glass, glass engraving, flat glass painting, ceramics and glassmaking.
Easter Sunday 1990
Reopening of the Gasthaus Gistl as a cultural pub in cooperation with the Bild-Werk Frauenau e.V. Since then, a working group of the Bild-Werk has organized a regional cultural program with around 50 events a year ranging from music, theater and cabaret to cinema, readings and lectures. Until 2015 there used to be a theater ball with performances of the Gistl-Theatergruppe during the carnival season.

16. - 18.11.1990
Symposium "Grenzen-Los. Symposium on the Cultural and Contemporary History of Czechoslovakia and the Bavarian-Bohemian Border Region" as the first of many cross-border cultural events

29.4. - 8.5.1991
For the first time, spring courses for making pictures on and in paper, glass and wood are held in Tom's Hall as part of the International Summer Academy.

1992 - 2003
Campaign "Gistl - der Saal", theater and concert events in and for the historic Gistlsaal in Frauenau
1993
Extension of the academy and first expansion of the academy building Tom's Hall by Eisch glassworks with new studios for classical painting, glass printing (vitreography), flat glass, glass casting, as well as for lamp glass (hell) and free painting (sky)

Summer 1994
First "Interdisciplinary Model Glass" as a project-oriented course with inclusion of the hot-glass studio; many more cross-material and cross-workshop courses follow. Since 2015, this course model has been continued under the motto "Form and Fire - Interdisciplinary Special" between the hot glass and ceramic studio and other workshops.

Since 2000
Workshops for painting, glass, ceramics and much more in cooperation with schools, social institutions and companies in the workshops of Bild-Werk Frauenau

24.4.2004
"Award of Good Neighborhood and Understanding" by "die Grünen" in the Bavarian and Bohemian Forest for the Bild-Werk Frauenau

September 2005 - May 2006
Renovation and expansion of the academy building Tom's Hall as a cross-border EU project, relaunch celebration on 23.7.2006 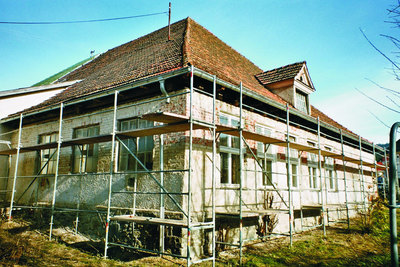 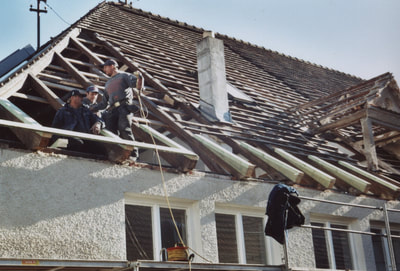 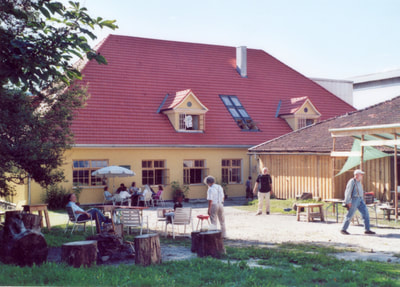 2005 - 2014
At the art studio BLAU-kRauT people with and without disabilities meet for painting and artistic work. From 2005 to 2014, group work includes exhibitions, theater performances and artistic action days in cooperation with the Fachakademie Zwiesel, Lebenshilfe Regen e.V. and other partners.

Since 2005
Cooperations with Eisch glassworks and the Galerie am Museum, Frauenau, including the program "Artist in Residence" and the traveling exhibition "50 Vases - 50 Artists" (2006-2008)

29.3. - 9.4.2006
"Glass in Context: Art - Image - Industry", International Glass Symposium with master classes in cooperation with the Glasmuseum Frauenau, the Association of Friends of the Glass Museum and the community Frauenau; Cooperation partner for the Coburg Glass Prize 2006.
1991, 1995, 2002 Bild-Werk is decisively involved in the conception, organization and realization of the International Glass Symposia Frauenau.

2007
Presentation of the exhibition "1000 Miles to Frauenau" with artists from the British Midlands Glass Region, representing many other exhibition projects with regional and international artists

9.7.2010
BLAU-kRauT artists win the "Art Prize for People with Intellectual Disabilities in Lower Bavaria and Upper Palatinate" at the Kunst- und Gewerbeverein Regensburg.

Summer 2012
Hot glass action "Potentials of the Studio Glass" for the 25th anniversary of Bild.Werk

2012 - 2015
The "hot glass project" is implemented as a cross-border EU funding project in cooperation with the Department of Cultural Education at the Faculty of Education of the University of West Bohemia Pilsen. Model setting up of a new hotglass studio with two studio glass furnaces for the summer 2013, running student workshops for blown glass sculpture

30.10. - 5.11.2016
"Intermediate Worlds in Hot Glass: Perspectives of the Graal Glass" Symposium with Master Classes and Colloquium Day "Art | Design | Manufacture" in cooperation with the Glaskörper Kulturverein e.V., the Theresienthal Foundation, the Netzwerk Glas, the Zwiesel Glass School and many funding agencies
2016
"Glass Road Prize" of the Tourismusverband Ostbayern

9.7.2017
Appointment of the first advisory panel of Bild-Werk Frauenau with international experts from the world of glass, art and culture